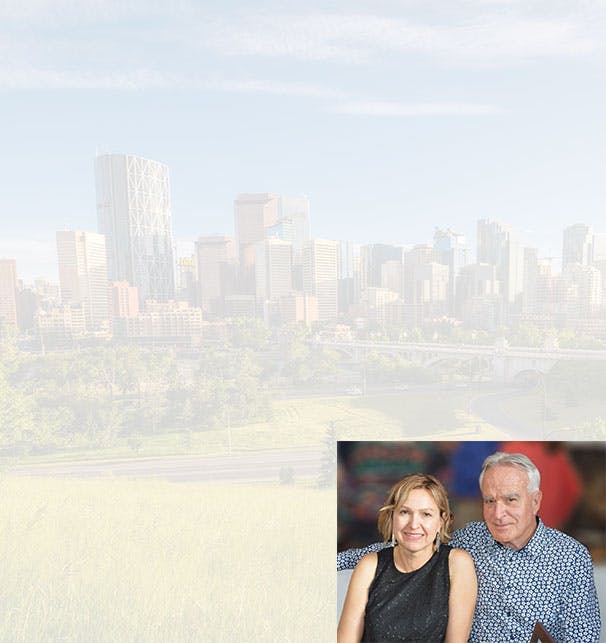 North West Calgary offers residents a distinct set of amenities including the Rocky Mountains and the Bow River. Because of the unique topography of Calgary, many residents in NW Calgary are lucky enough to have spectacular views of the majestic Rocky Mountains, even from neighbourhoods situated more “inner city” than on the periphery. One of the NW Calgary’s greatest amenities is Nose Hill Park – ranked as one of the largest municipal parks in the country offering miles of biking and walking trails, and off leash areas for your 4 legged friends. The Bow River flowing through NW Calgary provides riverside trails allowing cyclists to commute from the very edges of the NW to downtown using the pathway system. Historic Bowness Park is also located in NW Calgary providing families with a gorgeous riverside experience in both winter and summer.
NW Calgary’s boundaries are west of Centre Street and North of the Bow River.

Housing choices in NW Calgary range from mature neighbourhoods to newer neighbourhoods on the edge of the NW boundary. The LRT line runs up to Tuscany Station and provides easy access to those wishing to commute via train. NW amenities include McMann Stadium, Canada Olympic Park and major institutions such as SAIT, University of Calgary, Alberta College of Art, Foothills Hospital and the Alberta Children’s Hospital. NW Calgary has many exciting shopping districts including Market Mall, Beacon Hill, Crowfoot Centre, Brentwood Shopping Mall, Northland Mall & trendy Kensington Shops. A new exciting mixed use subdivision is also underway near the Children’s & Foothills Hospital called University District. Outdoor enthusiasts who enjoy a quick escape to the mountains also love the Northwest quadrant. NW offers something for everyone as it includes the trendy communities of Parkdale, Kensington & Sunnyside. It is also home to the luxurious golf communities of Varsity and The Hamptons. Let us help you understand the differences between each quadrant and community so we can find you and your family the perfect home, in the neighbourhood that suits you best!